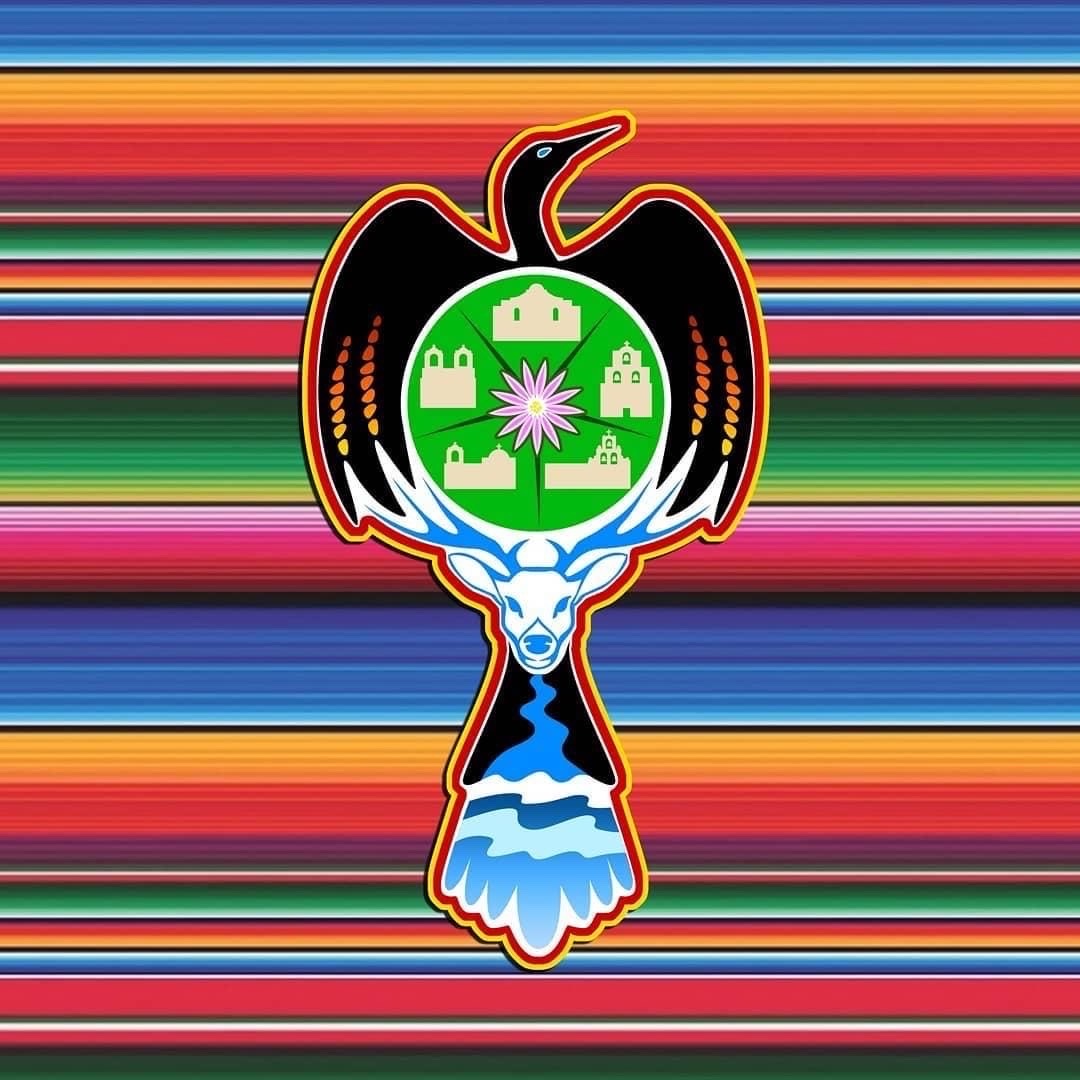 We are delighted to shine a community spotlight on one of our Byte4Byte partners this month, Rudy De La Cruz, Jr., Director of the Texas Heritage Project of American Indians in Texas at the Spanish Colonial Missions (AITSCM). One of the goals of the Byte4Byte program is to help shift the historical paradigm by making online storage and long-term preservation accessible to organizations that center narratives of those who have historically been left out. In light of Native American Heritage Month (November) we wish to celebrate and amplify the legacies of Indigenous people across the US. We are excited to work alongside partners, such as Rudy and AITSCM, year-round to ensure Indigenous peoples’ legacies are preserved and honored now and in the future.

In the following interview we’ll learn more about the mission of the Texas Heritage Project of AITSCM, Rudy’s unique perspective on the importance of this mission, and how the organization approaches digital preservation within their community.

Amanda (AM): Please share a little about the American Indians in Texas and the mission of the organization:

Rudy (RC): Founded in 1994 by Ray Hernandez, Joel Silva, and Richard Garay, American Indians in Texas at the Spanish Colonial Missions (AITSCM) became the non-profit manifestation of the Tap Pliam Coahuiltecan Nation. The Naciόn, as we call it, represents a collective of affiliated bands and clans including the Payaya, Pacoa, Borrado, Pakawan, Paguame, Papanac, Hierbipiame, Xarame, Pajalat, and Tilijae Nations. Each of these indigenous bands are considered aboriginal to the South Central Texas & Northern Mexico Region.

The Mission of AITSCM is to work for the preservation and protection of the culture and traditions of the Tap Pilam Coahuiltecan Nation and other indigenous people of the Spanish Colonial Missions in South Texas and Northern Mexico through: education, research, community outreach, economic development projects and legislative initiatives at the federal, state and local levels.

The mission of the Texas Heritage Project is to reverse systemic historical erasure of Indigenous and Chicano people by expanding the narrative of South Central Texas through primary research that illustrates our rich contributions with the goal of fostering unity and healing for the generations.

AM: How did you get involved with AITSCM and why is it important to you personally?

RC: In 2014, I began to get serious about finding more about my Family’s indigenous roots. For decades, I knew that my grandfather, Rev. Manual De La Cruz, Sr., was a Native American from Coahuila, Mexico – but the family knew little more since he was brought as a foundling to a Catholic orphanage in Mexico in 1915. In fact, as was the custom at the time, our Family’s last name was given to him by the Priest of the orphanage who’s last name was De La Cruz – we may never now what our indigenous namesake should be.

When my grandfather came to the US in 1932, racial bias regarding the rights & respect for Native Americans prevented him from sharing this heritage with our family – he believed to do so would result in further challenges and obstacles to achieving the “American Dream”. With all this history in my family story, or lack thereof, I decided to visit an organization I heard about…AITSCM. By December 12, 2014, AITSCM’s Executive Director, Ramon Juan Vasquez, along with Historian Art Martinez De Vara and I cofounded a new effort in light of the coming tricentennial celebration in San Antonio, Texas…we wanted our heritage to be celebrated, too. The new effort would be an academia & community project designed to bring awareness to the indigenous history (past & present) of the South-Central Texas Region. We wanted to make the invisible, visible again for all to see… to awaken those who knew not of their indigenous roots and bring long overdue honor to this segment of US society.

AM: How does digital preservation fit into the mission and what do you see as the potential impact?

RC: Digital preservation of analog artifacts (photos, documents, letter, etc.) achieves goals very important to the Texas Heritage Project. First, we never take from our clients nor impose such a decision on them. Instead, digital preservation allows us to add assets to our repository in a manner that respects the hard work of those who serve as stewards to their family’s collections. This methodology also offers them a way to prolong the life of such treasures. We provide each client with high resolution digital scans of all their artifacts which gives them the ability to reproduce them at a scale significantly larger than the original asset – this brings much pleasure to these families. Secondly, the digital artifacts are used to create analog & digital exhibits that expand the narrative of South-Central Texas and heighten awareness of the rich contributions Native Americans have provided and continue to provide to US society. In turn, and this is especially important to me, the resulting broader narrative of the region brings long overdue respect to our community (in most cases). My hope and dream is that this respect will one day result in public policy that no longer places our community at a disadvantage in the US. Honestly, I know I may never live long enough to see this goal realized, but planting the seeds of change for our community has become my life’s mission.

AM: Finally, what are some ways folks both in Texas and outside of it could support the Texas Heritage Project of AITSCM and the work you all do?

RC: Go to https://aitscm.org/texas-heritage-project/ and there you will find a button facilitating online donations to the Texas Heritage Project. Thanks in advance to each of you who decide to support our important mission. Dios y Tejas!

Next PostPrepare a Shared Folder for Your Next Special Occasion
Previous PostWriting Software That is Built to Last
There are currently no comments. Why don't you kick things off?
Subscribe
Login
0 Comments
Inline Feedbacks
View all comments
Recent Posts

Capture and Preserve Traditions with Your Loved Ones

This website uses cookies to improve your experience while you navigate through the website. Out of these, the cookies that are categorized as necessary are stored on your browser as they are essential for the working of basic functionalities of the website. We also use third-party cookies that help us analyze and understand how you use this website. These cookies will be stored in your browser only with your consent. You also have the option to opt-out of these cookies. But opting out of some of these cookies may affect your browsing experience.
Necessary Always Enabled
Necessary cookies are absolutely essential for the website to function properly. These cookies ensure basic functionalities and security features of the website, anonymously.
Functional
Functional cookies help to perform certain functionalities like sharing the content of the website on social media platforms, collect feedbacks, and other third-party features.
Performance
Performance cookies are used to understand and analyze the key performance indexes of the website which helps in delivering a better user experience for the visitors.
Analytics
Analytical cookies are used to understand how visitors interact with the website. These cookies help provide information on metrics the number of visitors, bounce rate, traffic source, etc.
Advertisement
Advertisement cookies are used to provide visitors with relevant ads and marketing campaigns. These cookies track visitors across websites and collect information to provide customized ads.
Others
Other uncategorized cookies are those that are being analyzed and have not been classified into a category as yet.
SAVE & ACCEPT
wpDiscuz